How to Prevent Sewage Backups 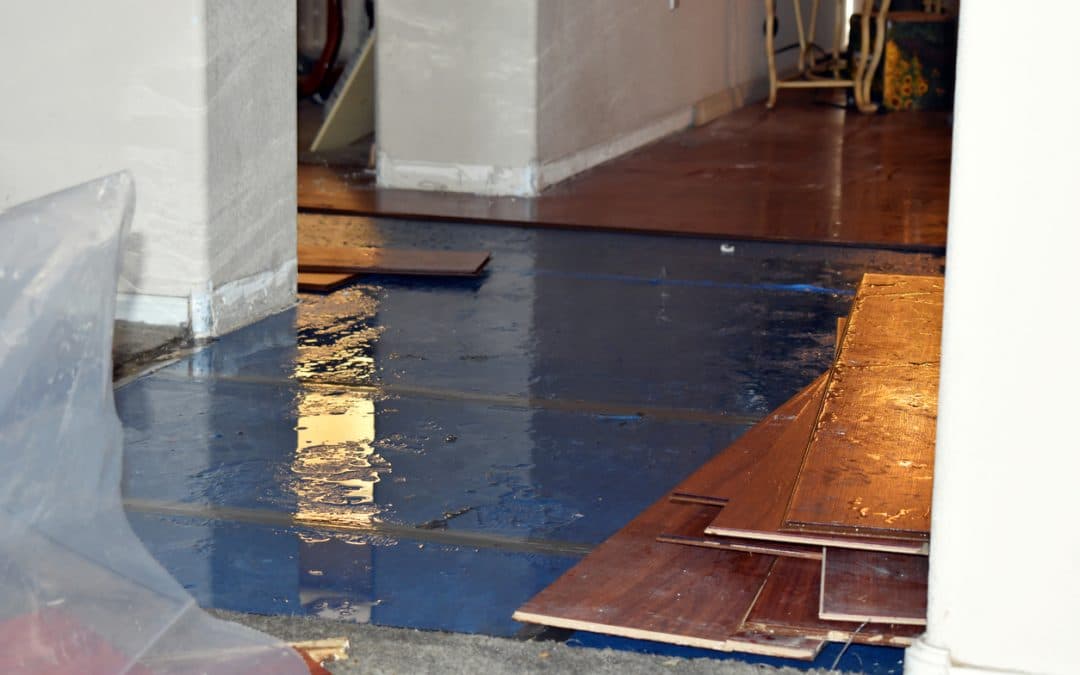 Just by hearing the words “sewage backup,” people cringe at the image of dirty water coming back up into a house rather than draining toward the sewer line.

It doesn’t take a leap of imagination to grasp how dangerous sewage water is. But it does take a professional to make sure your home is clean and safe to re-enter for your family and pets.

Sewage backup can be due to several reasons, from clogged drain pipes to heavy rainfall. This doesn’t mean they can’t be prevented, though. Homeowners can avoid such accidents by properly maintaining their pipes and ensuring they remain unobstructed.

This article explains how to prevent sewage backups and how you can stop them from damaging your home. And if an accident does happen and it’s more than you can handle, call a specialist and professional restoration company to deal with the problem.

How Do I Know I Have a Sewage Backup Problem?

There are some early telltale signs that should make homeowners watchful about the state of their drainage system.

A slow-draining sink on its own suggests a pipe blockage and can be easily sorted out. If, however, the water is not draining quickly throughout the house, you could have a blockage somewhere in your sewer system.

This can be particularly noticeable in your bathroom or kitchen sink where you actively see the water going down the drain. Usually, slow-running drains become observable closer to the blockage. The draining problems will be evident first on the ground floor, then the first floor and so on.

Sewage odors are unmistakable. If you smell sewage vapors from the drains, then your pipes may be under pressure.

If water is backing up when you run your washing machine or run a bath, then a blockage may be preventing the water from draining properly.

Bubbling, gurgling, or whistling noises coming from the drains and toilets don’t mean there’s an alligator living in the sewers, as urban legends suggest. Rather, they are another sign that your pipes are under strain. The noises signify that water is not flowing freely.

Water Is Coming out Your Cleanout Pipe

Every sewage line has a cleanout pipe that allows restoration professionals to check the state of your sewage system. If water is building up, it will show on the cleanout pipe, which is usually located in the garden, yard, or basement. The cleanout pipe should be the first to experience the pressure of the problem as it is located the closest to the sewage system.

Several possible reasons can cause sewage backups. Some are due to poor maintenance and can be avoided while others are caused by natural disasters and are unavoidable.

The City Sanitary Main Is Blocked

If the city sewage system has a problem, then houses near the problem could face sewage backup as the sewage cannot drain freely from houses to the city main sewage drain.

Unfortunately, all you can do is wait for the city sewer crew to sort things out.

Municipal sewage lines have been measured for specific quantities of rainfall. If your area experiences heavy, sudden, or lengthy rainfall, the pipes may get overflown from the sudden quantity of water.

Here, too, there’s not much you can do but wait for the excess water to drain away.

Sometimes sewage pipes run through your garden before reaching the city main sewage line. In places with dry weather, tree roots looking for moisture often find it in sewer pipes.

Tree roots can break or damage pipes, preventing them from draining freely. One possible indication of this is large moist spots in your garden where the water leaks from a broken pipe into the ground.

Should a tree root have broken a pipe, you need to identify the spot, dig down to the pipe, and replace the damaged section with a new one. You can also take preventative measures to ensure this doesn’t happen again, such as laying some cement around the pipe and trimming the roots around it.

Flushing Things down the Drain

Flushing items down the toilet can clog pipes and lead to blockages. Likewise, grease, oils, and kitchen paper towels can block the system. Don’t throw your coffee grounds or wet tissue into the sink as these can obstruct the pipe.

What Can I Do to Stop the Damage from Sewage Backup? 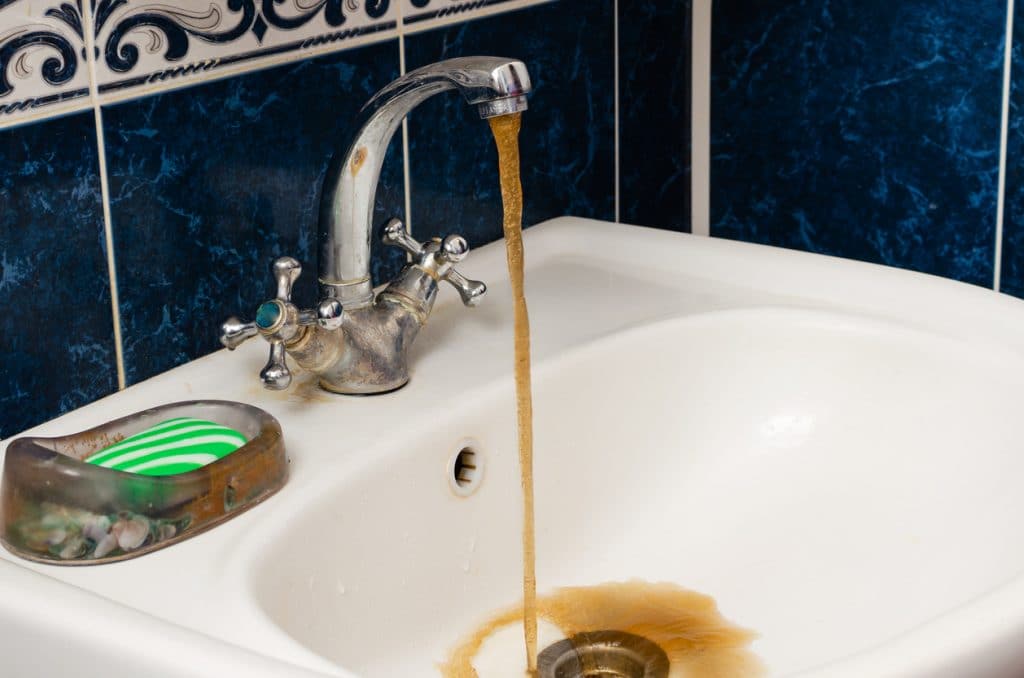 The first thing to do when facing a sewage backup emergency is to call a professional restoration company. They will help ensure the damage is mitigated in the safest and most economical way and will advise you on which household items can be restored and which should be thrown away.

While waiting for the specialists to arrive, there are a few things you can do, listed below in the order you should follow. However, always use caution or you can risk your life or make the damage greater than it already is.

Turn off the Electricity

The very first step to avoid electrocution and further damage to your belongings is to turn off the electricity main right away. Make sure you are not stepping on standing water and using electric devices at the same time.

Open your windows to bring in fresh air, dissolve fumes, and help with ventilation. The last thing you want is to faint from the fumes while you’re trying to save your house. If you have a mask, put it on to avoid damaging your lungs.

Turn off the Water Main

If you know where the water main is and you are at no risk of injury, turn it off to prevent further damage.

Salvage Items that Will Be Destroyed

Personal items such as important paperwork, insurance policies, photo albums, and anything that cannot survive water damage should be salvaged, as long as you do not risk electrocution and avoid coming into direct contact with dirty water.

If there is a way to mop the floor, do so, but remember that all the equipment you will be using will be thrown away due to contamination. Again, avoid contact with the polluted water.

Some Items Will Be beyond Salvaging

Some items may be beyond salvaging due to contamination: rugs, carpets, drapes, and furniture could be beyond repair because of the bacterial load they will have soaked up.

However, don’t hurry to throw everything away. Mitigation experts have specialized equipment that may save most of your damaged items, even if they seem beyond repair at first glance.

Can I Prevent a Sewage Backup?

Some accidents can be prevented while others are out of your hands. You cannot predict heavy rainfall or a malfunctioning city sewage main drain.

However, you can make sure your pipes are in good repair. If you see a suspicious drainage problem, fix it before it overloads the sewage system. Check your basement for sewage problem signs and waterproof it.

You can also invest in check valves on floor drains and in the basement. Check valves allow the water to flow freely from your house to the sewers but stops water backing up from the sewers toward your home.

Finally, don’t throw grease, hair, and items such as ground coffee into the sink. Also, avoid flushing large items down the toilet.

Is Sewage Water Dangerous to Health?

Contaminated water can cause infections on broken skin: you should never deal with sewage water without the proper protective gear. Also, sewage water contains toxins and vapors that cause lung problems when inhaled. Wear a mask to protect your lungs.

Call in a Specialist Restoration Company

Here at Valley Restoration and Construction, we have experience in dealing with sewage backup catastrophes. We will ensure your home is safe and sound before starting the restoration. And we will make sure your sewage system is fixed before letting you and your family back in the house.

We are available 24/7. Call us at 970-964-4437 or contact us online. We have the expertise and equipment to reverse the damage and restore your home. 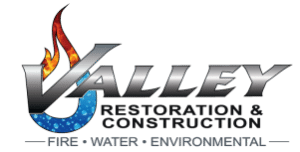